Who Was Jim Davis? 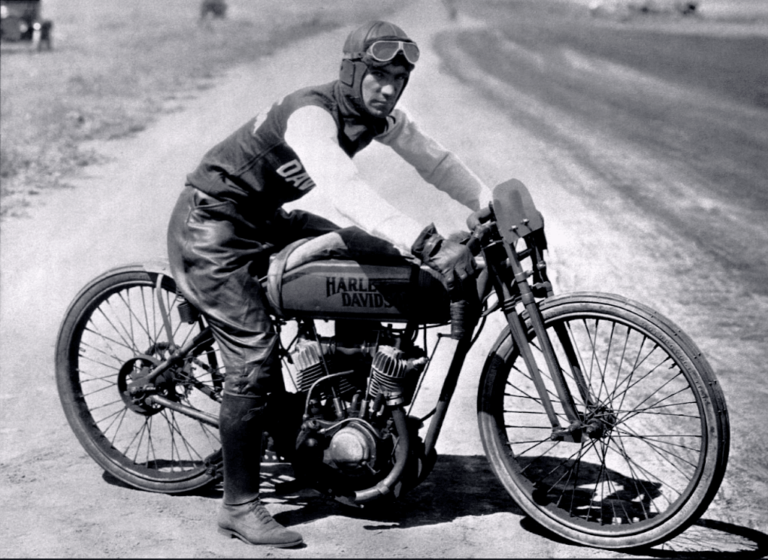 If you love motorcycles, it is important to know who and what brought them to what they are today. Jim Davis played an important role in motorcycle history. Learn more about his story.

Jim Davis: Born for the Road

The American Motorcyclist Association’s first national race occurred on July 26, 1925, in Toledo, Ohio. It was a 25-mile race on a short dirt track, and it featured Davis as the winner.

Additionally, Jim Davis rode for the Indian Factory team on a brand new, eight-valve, closed-port racer given to him by his local Indian dealership.

What Was Jim Davis’ Biggest Season?

In 1928, Davis faced his biggest season when he won 6 national titles and became the American Motorcyclist Association champion, a title that he held through 1930. Later in 1930, Davis entered the Dodge City Classic, a 300-mile race located in Dodge City, Kansas. He finished the race in 3 hours, 40 minutes, and 4 seconds, a new world record.

Even after his biggest season, Jim Davis continued as a top competitor for the five years following.

Even after he retired from racing, Jim Davis hadn’t had his fill. He became a chief starter and official for the American Motorcycle Association. Additionally, he served his country during World War II as a motorcycle dispatch (delivering messages to and from armed forces) and an escort rider (delivering the bodies of dead soldiers).

Later, Davis played an instrumental role in forming the motorcycle division of the Ohio State Highway Patrol, which he worked under for 14 years. In light of his many accomplishments, Davis received the American Motorcycle Association’s highest award, the Dudley Perkins Award. In 1998, he was admitted into the Motorcycle Hall of Fame.

What Does the Story of Jim Davis Teach Us?

Not only was Jim Davis passionate about motorcycling, but he also used it for good. Sharing his passion with the world during World War II, as well as using it to protect his community, Jim Davis maintained a delicate balance between fun and functionality.

Motorcycling continues to speak to many individuals today. Honor the legacy of Jim Davis by staying involved with your passion, using it for the benefit of others, and having a blast with it at all times.