Who Was Wells Bennett? 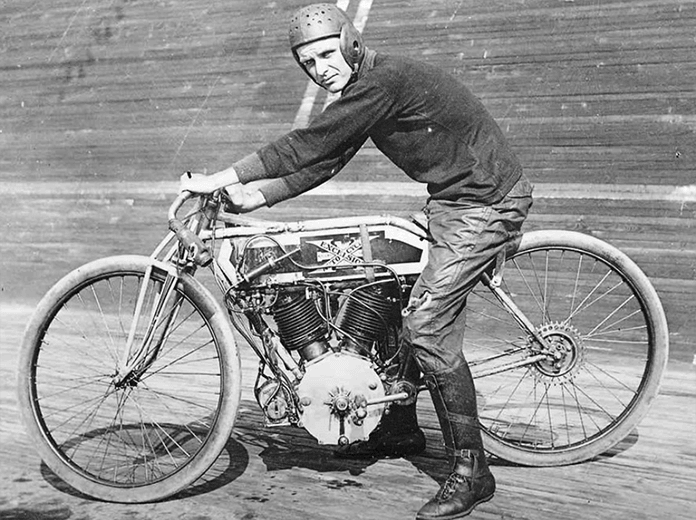 Like every leading racer of the early motorcycle industry, Wells Bennett created a legacy for himself that lives on in the industry today. Today, the AMA Motorcycle Hall of Fame refers to Bennett as a “pioneer of motorcycle racing,” and for good reason.

The Early Life of Wells Bennett

William Wells Bennett was born in Wichita, KS, in 1891. Like many other racers of his time, he got an early start in the field. The national excitement about the rapidly growing automotive industry played a key role in the lives of countless boys. After all, who wouldn’t be tempted by the idea of an adventurous life spent on the racetrack?

Bennett entered his first motorcycle race at the age of 15. Within the next few years, he increased his skills on the flat track until he was introduced to board track racing in 1912. Board track racing was a prime source of entertainment for daredevils of every age. A rough wooden oval was ridden at record speeds by racers with minimal protection. Wells Bennett loved the adrenaline, especially after winning the first board track race he entered.

Bennett continued to compete at board track races throughout the career, steadily increasing his skill on the machine. After a short break during World War I, Bennett resumed his racing career in 1919, riding his beautiful and trusty Excelsior. Over time, the basic motorcycle design shifted dramatically. Machines were now equipped to go over 100 mph, encouraging the need for speed in so many racers.

Part of the reason Wells Bennett is so well-known is because of the countless records he set throughout his racing career. In May of 1922, Bennett set a 24-hour distance record of almost 1,600 miles. No other rider would touch that record for 15 years. Additionally, he rode from coast to coast (Los Angeles to New York) in just over 6 and a half days, setting an astoundingly impressive transcontinental record.

Bennett’s love for distance racing indicated that he wasn’t just in the industry for adrenaline. For him, motorcycle racing was a passion and a lifestyle. He was in it for the long haul.

What Happened to Wells Bennett?

Motorcycle racing (board track in particular) did have a reputation for being extremely dangerous. Although Bennett loved racing, he retired from it in 1924, when he instead opened a motorcycle dealership based on Portland, OR. Though successful for a while, the Great Depression took its toll on Bennett’s company, and ultimately forcing him to close it. From there, he went to work as a Ford representative and continued to advocate for advances in the automotive industry. Bennett lived to the age of 78, when he peacefully passed as a legend in the industry.

Who Was Roy Artley?

Who Was Ray Creviston?